On June 4 1919, Christopher Addison cut the first sod on Bristol City Council’s new Sea Mills Estate.  The city’s lady mayoress planted an oak tree which today bears his name. At the time, Addison was still President of the Local Government Board. His flagship Housing and Planning Act received the Royal Assent on July 31st and he then became the first Minister of Health and Housing. One hundred years later to the day, I was proud to be part of a community event celebrating Addison and the estate he inaugurated. 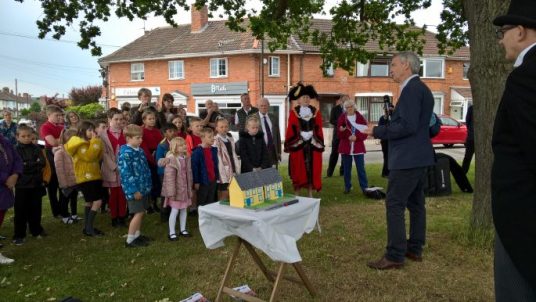 Speaking to an appreciative audience under the Addison Oak at Sea Mills. Christopher Addison, in the person of Cllr Paul Smith (Cabinet Member for Housing, Bristol), looking on to the right.

The Addison Oak is, so far as I know, the only tree named after him but, across England, Scotland and Wales, there are streets of council housing which mark Addison’s formative role in arguably the most important housing legislation of the last century.

Christopher Addison (1869-1951) was a doctor and surgeon and a Liberal MP for Shoreditch in London, one of the most overcrowded districts of the capital.  He brought that expertise and experience to his vision and drive for housing as the first Minister of Health and Housing. 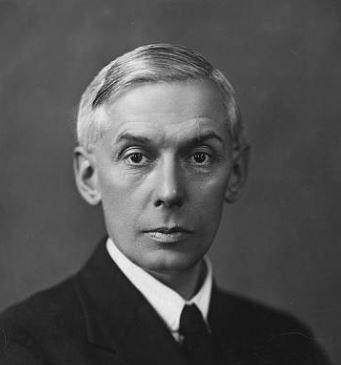 When he spoke in Bristol that evening of June 4th, he told his audience:

They did not want houses built in dismal streets. Until they had houses with air about them, so long would they have to spend enormous sums annually on sickness…They wanted big production and they were prepared to pay big prices.

In the event, those ‘big prices’ were a problem and his housing programme fell victim to the austerity of the day when public spending was cut in July 1921 with only 176,000 of the promised 500,000 ‘homes for heroes’ completed that prime minister Lloyd George had promised.  Addison resigned and went on to a distinguished career in Labour ranks, serving as Leader of the House of Lords where he helped secure the legislation of another reforming Minister of Health and Housing, Nye Bevan, in Attlee’s post-war Labour government.

But his own 1919 Housing and Town Planning Act had set a vital precedent. Firstly, by providing generous grant regime (not in any meaningful sense a subsidy – as Addison knew council housing pays for itself); secondly, by its requirement that councils not only survey local housing needs but prepare schemes to actively meet them – the first time local authorities were compelled to build council homes; and, thirdly, by its commitment to quality. The wartime Tudor Walters Report which provided the template for interwar design had recommended ‘cottage homes’, no more than 12 to the acre, with front and back gardens, many with parlours. 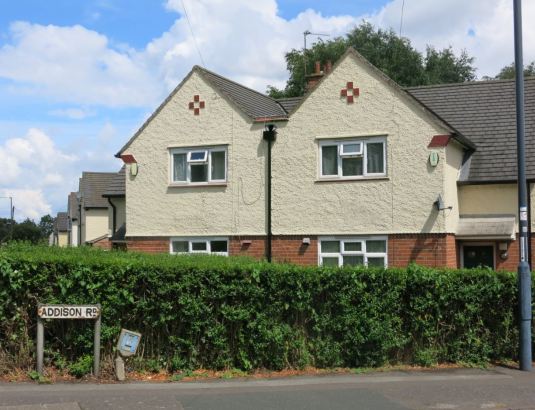 It is, then, entirely fitting that we not only celebrate Addison and the centenary of his 1919 Housing Act this year but the roads and streets across the country that continue to provide the concrete legacy of his housing revolution.

The map below identifies all those streets named to commemorate Addison’s role.  They are formed, without exception, of council homes.  I have made the assumption that these streets are named after Christopher Addison and that other streets named Addison are very likely so named for other reasons.  Please let me know of any mistakes or omissions you find.

At the moment, just a few of the entries have photographs attached – just Derby, Swindon, Enfield and Cardiff (marked in red on the map).  It would be wonderful to crowd-source photographs of each and every one to provide a lasting record of the rich and diverse legacy of council housing that Addison did so much to create.

I could not have created this map without the data and cartographic skills of Jerry Clough.  You can follow Jerry on Twitter @SK53onOSM and his blog, Maps Matter, at https://sk53-osm.blogspot.com/.