Environmental health policy is far from my area of expertise but I know a lot more now and this wide-ranging and comprehensive book has convinced me of the vital role it plays – or can play when fully resourced and effectively implemented – in securing decent housing for all. In fact, environmental health practitioners might just be the unsung heroes of the housing sector.

Housing is a key social and economic determinant of health, perhaps the most important for the multiple roles it can play both in security and as part of anti-poverty strategies.

That might seem obvious if a little bureaucratic. For me, a strength of their approach is its emphasis on housing as home:

somewhere to feel safe, secure, do mundane day-to-day things; have access to school, health and healthcare services; as well as social services; somewhere to develop socially, change, and have a level of wellbeing and quality of life across the life course.

It reminds me of the words of the late Doreen Massey, the geographer and social scientist, at a housing conference some years ago: her upbringing on the Wythenshawe Estate in Manchester didn’t create dependency, she argued, it provided security – the foundation we all need to live healthy and fulfilled lives. 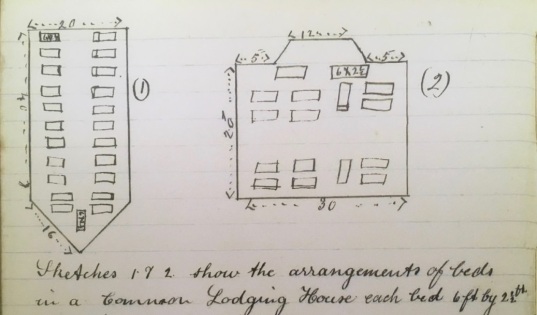 I know Jill Stewart as a passionate and knowledgeable advocate of decent housing for all – the same, I’m sure, is true of Zena Lynch too who I don’t know personally – and I’m pleased to say she has been a contributor to this blog.  Her first post charted the rise of the environmental health profession from the humble Inspector of Nuisances to the latter-day Sanitary Inspectors before the First World War.

A second, fittingly in this centenary year, focused on interwar sanitary reform in the wake of Christopher Addison’s 1919 Housing Act.  That breadth of background is found throughout this book but is highlighted in interesting and well-illustrated sections providing a brief history of housing (with a strong focus on social housing) and guidance on how to assess the age of dwellings.  Jill’s photographs provide an excellent context to each and the book as a whole is unusually well-illustrated for an academic work.

All this provides background to the far more extended and increasingly pressurised role of environmental health professionals today outlined so clearly and fully in the book.

An opening chapter ‘Why environmental health?’ covering the range of environmental health interventions is followed by one more specifically for practitioners in the field on ‘Gathering Evidence’. Chapter 4, ‘Legislation for Healthier and Safer Housing’ is an important guide to current law. This, despite (or perhaps because of) contemporary housing problems, has been usefully strengthened in recent years.  (A quick shout-out here to Karen Buck MP whose Homes (Fitness for Human Habitation) Act, extending that basic requirement to all private landlords, was passed in December 2018.)  Chapter 5 ‘Working More Effectively Together’ focuses on implementation and strategy.

A bed in a shed © Russell Moffatt

One powerful feature of the book is its range of case studies – drawn from both academic sources and practitioners in the field, sometimes a combination of the two – charting not only the variety of problems dealt with but positive strategies to tackle them.  These range from hoarding to public funerals, from ‘beds in sheds’ to the particular issues affecting gypsies and travellers and those living on houseboats.

It’s no surprise, overall, that the issue of homelessness features strongly. Statutory homelessness – requiring councils to provide accommodation – applies only to those in ‘priority need’.  Stewart and Lynch report a Shelter estimate that 150 families are made homeless in Britain each day. Elsewhere Shelter estimate that homelessness (understood as affecting all those in, at best, temporary and insecure accommodation in addition to perhaps 4000 rough sleepers) affects some 277,000 nightly. (1)

This is not a polemical or campaigning work but the authors don’t shy from the obvious conclusion:

The main problem is, of course, lack of affordable housing. Home ownership has fallen and private renting has risen, and the ending of a private rented tenancy is now the biggest cause of homelessness.

Government figures suggest that almost one in three cases of statutory homelessness result from the termination of a private tenancy, a symptom of the tenure’s insecurity since the 1988 Housing Act introduced assured shorthold tenancies (usually of a six to twelve months’ fixed term) and ‘no fault’ evictions. The 2002 Homelessness Act ‘requires local authorities to have a strategy to reduce homelessness and put better services in place for homeless people’. With little social housing stock available (some 1.15 million households are on waiting lists) and stretched resources, this, with the best will in the world, has become increasingly difficult for councils.

Stewart and Lynch report a 60 percent increase in homeless families being placed in temporary accommodation between 2011 and 2017.  And only this month, the Guardian reported that London councils – where pressure on housing is highest – had paid private landlords £14m in sweeteners simply to persuade them to accept homeless families. (2)

This brings us to the Private Rental Sector (PRS) which naturally occupies a large part of the work of environmental health professionals and this book.  The authors provide the context for this: there are 945,000 more households with children living in the PRS now than in 2005. Private tenants pay an average 35 percent of their income on rents, compared to 18 percent for mortgagors and 29 percent for social renters.   What they get for this (apart from insecurity of tenure) is in many cases some of the oldest housing stock in the country – 34 percent of the PRS dates from before the First World War.  It’s estimated therefore that 28 percent of privately rented homes fail to meet Decent Homes Standards (compared to 13 percent in the social rented sector and 18 percent of privately-owned homes.)  The welter of statistics confirms that far too often the PRS does not provide secure, decent and affordable accommodation. 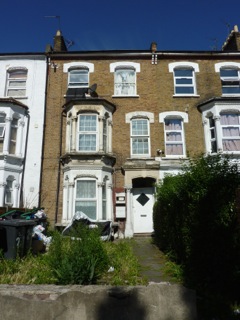 In the new paperback edition, the book is reasonably priced but it will remain primarily a book for the specialist – an essential book for environmental health students and professionals (a virtual one-stop shop for so much of the broad field they must understand and practise) and a useful one for many others in the housing sector including local councillors.  I recommend it to anyone interested in housing law and policy and the many social issues raised by our highly dysfunctional housing market. And, if you don’t buy your own copy, I hope you’ll find it on the shelves of your local library.

(1) Shelter Commission on the Future of Social Housing, A Vision for the Future (2019)