As we saw in last week’s post, Norwich’s post-war building efforts into the mid-50s were heroic – at peak, around 1000 homes were completed annually to meet the needs of a local waiting list standing at 7000 at war’s end.  From a design perspective, however, the new City Architect David Percival, appointed in 1955, was dissatisfied, critical of ‘the monotonous appearance of the earlier post-war housing estates’ and their ‘constant repetition of neat but uninspiring types of dwelling’. (1) 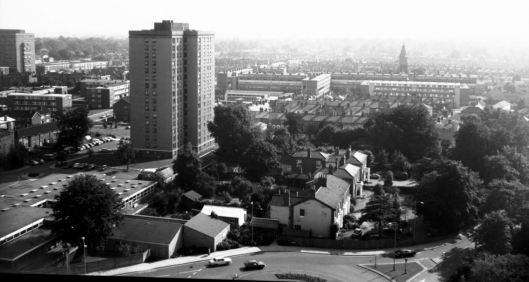 Percival (trained at the Bartlett, previously Deputy City Architect under Donald Gibson in Coventry) was lucky to get the chance, in his own words, to do something ‘much more interesting and rewarding’.  His timing was perfect.  The City completed its general needs housing programme in 1958 and turned again towards the redevelopment of its rundown inner-city areas. 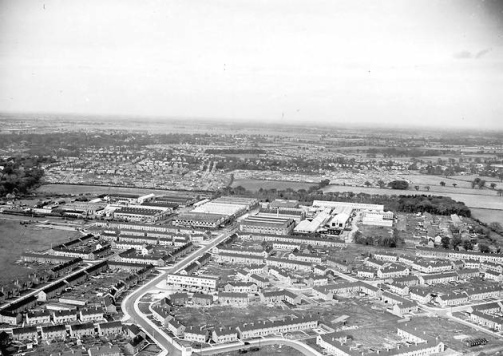 At the same time, architectural critics were attacking both the dullness and uniformity of inner-city municipal flats and the alleged tedium of New Town development and the cottage suburbs from which it drew inspiration.  Gordon Cullen was developing ideas of townscape – a sympathetic urban environment – and respect to a place’s uniqueness, its genius loci. Notions of ‘community’ evolved too, entailing something more than the mechanistic focus on neighbourhood centres and facilities of the immediate post-war period.

For all this, Norwich would be the perfect canvas and Percival a man with the vision and ambition to paint beautifully – his aim was: (2)

not only to reflect the regional architectural tradition in housing schemes but to give individual character to each site.

Together, Percival and Norwich’s Labour Council built some of the finest council housing of its time.

One straightforward manifestation of these complex shifts was a new emphasis on ‘mixed development’: the principle of building a range of housing forms to both break the monotony of traditional forms of working-class housing – public and private – and provide housing appropriate to a range of people and households in different life stages. 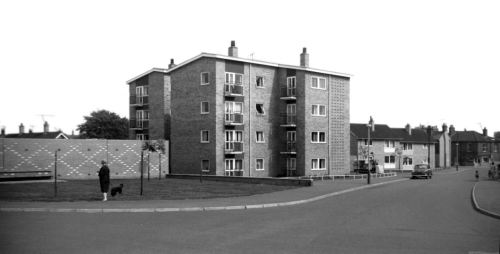 Practically speaking, almost 70 per cent of council homes in Norwich built to date were three-bedroom, the average household size a little under three.  Under-occupancy was a problem and the need for smaller units pressing.  A 1957 survey of waiting list applicants showed 60 per cent willing to live in central area flats. Still, the Council was at first resistant to even the four-storey point blocks that Percival proposed but visits to Tile Hill in Coventry, Harlow and Northampton and the quality of his designs brought them round.  Together, they would make a very good team. 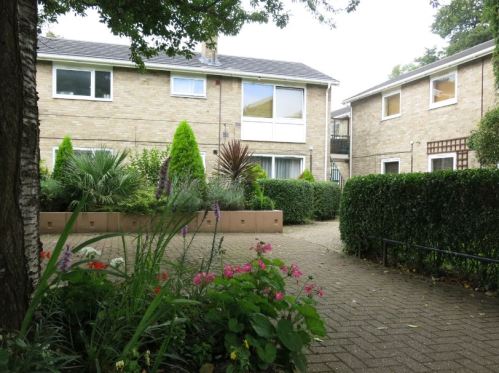 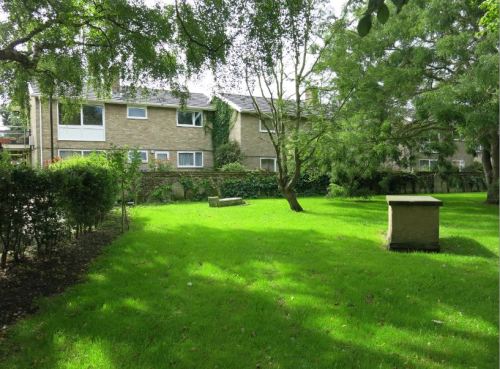 An early project at Alderson Place in Finkelgate is a good place to start – a modest, intimate scheme of old people’s flats in twelve small blocks, grouped around attractively landscaped courtyards and backing unobtrusively onto the ancient St John’s churchyard. 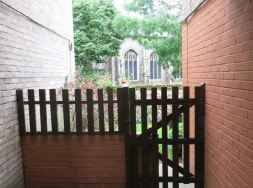 The genius loci, in the form of a flint-built church nearby, is acknowledged by use of greyish brick… courts and passages inside the development are quite intimate but always, in Townscape fashion, leaving a view to the surrounding wide-open streets.

It won the City – the first of several – a Good Design in Housing award from the Ministry of Housing and Local Government in 1959. Ian Nairn, no less, praised its ‘cottage units’ and ‘sense of community’.  It’s an approach which, in more vernacular forms, would be developed and extended throughout Percival’s tenure. 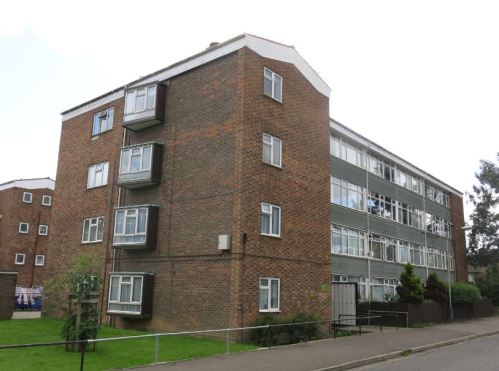 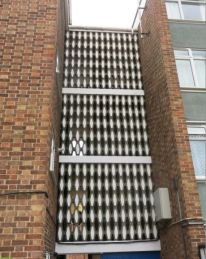 At the same time, a much larger redevelopment of the Vauxhall Street area, just west of the city centre, was beginning which would eventually comprise full range of housing types – from one-storey housing for elderly people, to two-storeyed terraced housing, flat and maisonette blocks and even, in the end, one of Norwich’s very few tower blocks.

Later extensions to the development are more daringly modernist in design.  Norwich’s approach to the Yorkshire Design Group was rebuffed but home-grown adaptations were built in a later phase of the Vauxhall scheme – the Somerleyton Gardens/Suffolk Square and Johnson Place blocks built between 1968-1971. 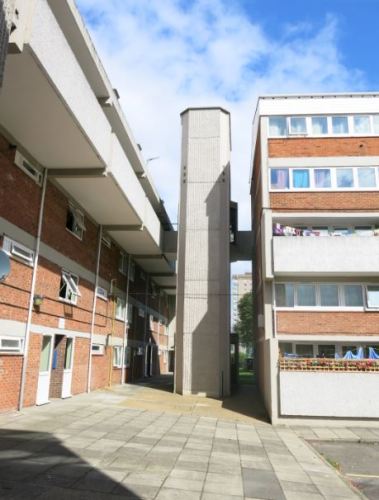 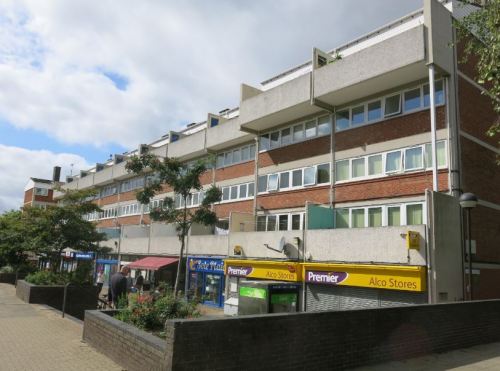 On the site of the former Nelson Barracks, the City developed two schemes in the late sixties.  Between Mousehold Street and Pockthorpe Gate, you’ll find a dense scheme of brick-built, mainly four-storey blocks set amidst green courts and connected by elevated walkways. 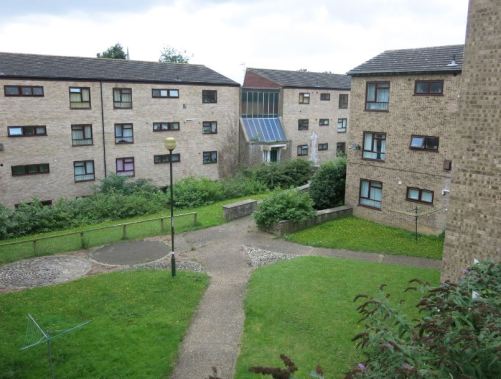 Facing it to the east lies the Heathgate Estate, ‘Norwich’s most grandiose development…somewhat reminiscent of the best-known of British deck-access estates of this period, Park Hill in Sheffield’ (though this might require a little imagination on your part). 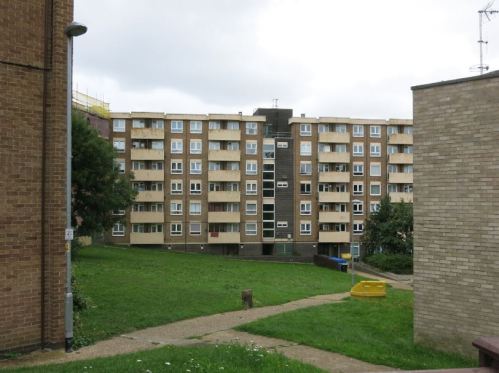 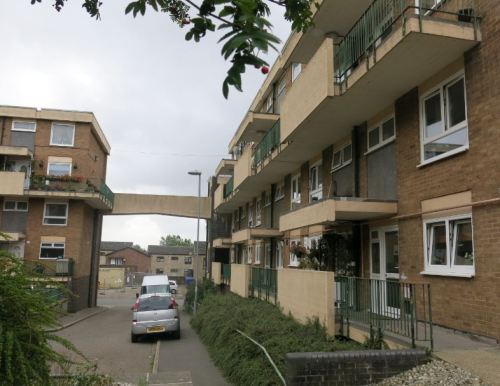 These were medium-rise schemes but the City also experimented with high-rise. High-rise was originally seen as a means of housing single people and small households in the city centre but plans to build the city’s first tower blocks in centrally located Ber Street were scuppered by underground chalk workings.  The eleven-storey Compass Tower, designed by Percival and opened in 1964, was moved instead to the Heartsease Estate on the city’s north-eastern outskirts where Ashbourne and Burleigh Towers followed shortly after.  It was stipulated that none of the two- and one-bed flats be let to families with young children. 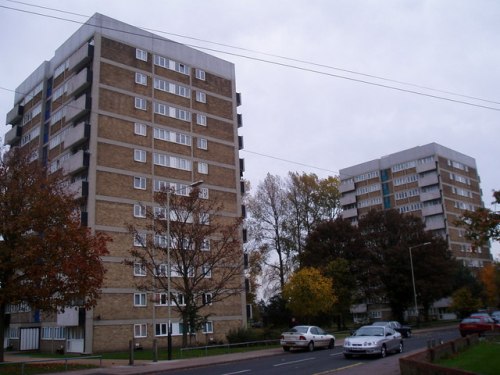 Jon Welch and made available under a Creative Commons licence

The Lord Mayor, who performed the opening ceremony, was clear on the significance of the occasion:  the block was a ‘symbol of the changing habits, thought and customs of a new generation – a generation living at a fast tempo often with both husband and wife out to work all day’.  He concluded: (3)

Today the tall flats are here by demand and choice. Practical in purpose and imaginative in design, they add their own character and distinction to the Heartsease Estate.

That enthusiasm seemed echoed in the decision to order two 16-storey blocks (each with 63 two-bed and 32 one-bed flats) in a package deal from George Wimpey in 1965 – Winchester Tower, off Vauxhall Road and Normandie Tower, off Rouen Road.  The Housing Committee hoped, perhaps optimistically, that the layout – six flats per floor – would ‘encourage communities in case of a bad tenant on the floor’ 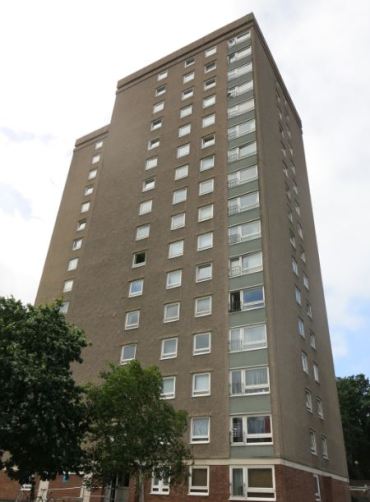 In fact, these were the last tower blocks to be built in the City.  The system-built towers weren’t unsuccessful but they remained unpopular within the City Architects’ Department which resented its loss of input and disliked in committee where members disliked the exclusion of local building firms.

These aren’t perhaps the schemes which win Norwich kudos for the quality and imagination of its housing design but they remind us at least that it was a forward-looking city.  We should see that too in the innovativeness of the smaller-scale and more intimate developments which became the City’s signature style in the later 1960s and 1970s.  This is labelled, in architectural terms, the Vernacular Revival but, in my eyes, it remains recognisably modern, something very far from pale, ‘in-keeping’ imitation and, most importantly, a political statement that working-class homes could and should be designed to the highest standards. 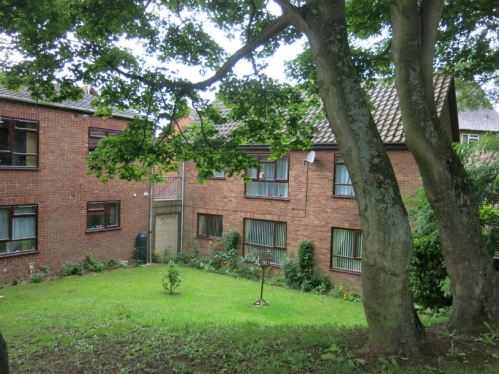 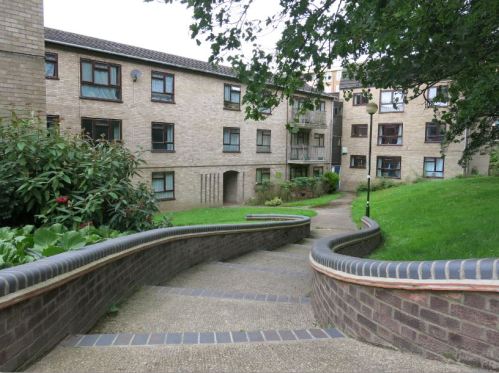 The steep western-facing slopes beyond the River Wensum provided the perfect site for such an enterprise.  The first two phases of the Camp Road scheme were designed by the City Architects’ Department in the early seventies – a warren of traffic-free landscaped blocks and courts joined by curving footpaths and unexpected entrance ways, enlivened by careful variations of texture and colour.  It echoes in part the earlier street pattern and small-scale housing of the area.  Percival himself felt that ‘the best contemporary work’ was achieved with ‘a catholic understanding of the past’ (4) 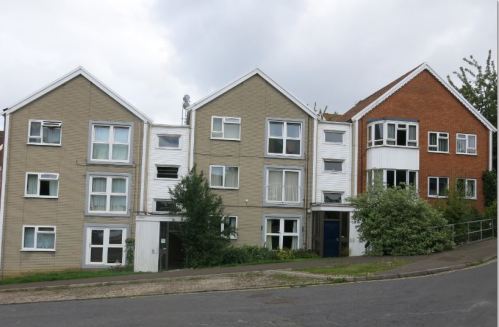 It’s Phase III, however, along Ladbrooke Place and St Leonard’s Road which is more celebrated.  Designed by Tayler and Green (chiefly known for their superb council housing schemes in south Norfolk), it’s a striking scheme of three-storeyed 87 two-bed and three-bed flats, employing gable ends – front and back – to echo a traditional Norwich streetscape and using extravagantly 16 different types of brick and flint, cobble and colour wash and four different pantiles to provide variation and contrast.  It was built, incidentally, by the City Council’s Direct Labour Department. (5) 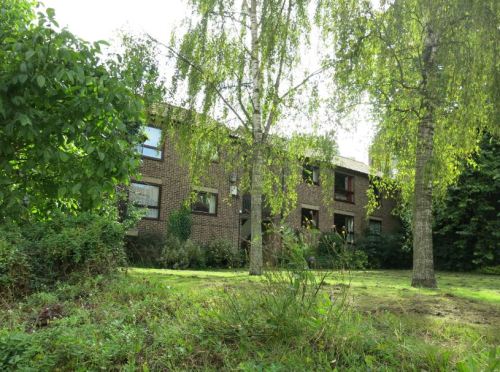 Back to the city centre, there was a matching need to develop in-fill housing schemes that complemented and raised their run-down surrounds.  The Pottergate/Cow Hill scheme of thirteen flats grouped around a central green was designed by Tony Whitwood of the City Architects’ Department and completed in 1970. Combined with rehabilitation of older adjacent properties, the quality of the design did much to revive the area and it provided a model for the Broadland Housing Association scheme along the road on Ten Bell Lane, designed by Edward Skipper in the early seventies. 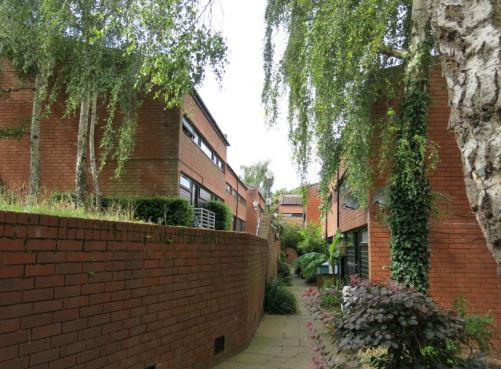 Horsey and Muthesius set out to explain why Norwich has done different and consistently produced – even in its more conventional or modern forms and styles – such consistently high-quality housing.  They point to local tradition – Norwich had its share of slum back-to-backs and courts but they tended to be a little more spacious than the common run.  That remained to shape local expectations and was complemented by the spirit and the letter (in these Parker Morris days) of contemporary council housing – that ordinary people deserved good quality and roomy homes.

Quality itself was assured by an expert and committed City Architects’ Department.  The Council employed as many as three dozen qualified architects at peak; this at a time, Horsey and Muthesius remind us, when:

many council architects considered their work and capability superior to those of private architects, and certainly far above the standards of the speculative house builder.

Local skills, good supervision, competent direct labour, a number of capable city-based building firms helped.  The use of traditional local materials not only promoted that regional flavour that Percival had identified as an early goal but was an additional guarantor of high-standard construction. 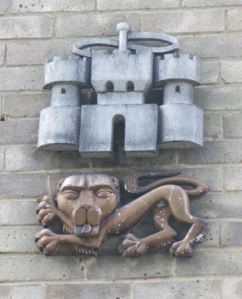 I’d add that this was a progressive council with deep roots in its community which reflected a local pride in the city and a powerful civic identity.  The Council felt with peculiar force its loss of unitary county borough status in 1974 and this would prove the trigger for David Percival’s retirement also.

JB Priestley always found himself ‘happy and at home in the cities where I am asked at once, confidently and proudly, what I think of the place’. He concluded: (6)

Norwich is one of those cities.  It may be minute compared to London, Paris, Rome, but nevertheless it lives its life as a city on the same level of dignity.

That was a dignity conferred on the residents of its council housing too.

(2) Miles Horsey and Stefan Muthesius, Provincial Mixed Development, Norwich Council Housing 1955-1973 (Norwich, 1986).  The succeeding quotation is drawn from the same source. Much of this piece is dependent on the research and analysis of this work which is an essential read for further detail.  Unfortunately, it exists only in poorly reproduced typescript but it deserves professional republication.