The Downham Estate is another interwar London County Council housing estate – not the biggest or the best of its type, nor the first or the last though at least one of its early residents believed ‘it was paradise’. Maybe that’s why someone thought they should build a wall to separate it from the adjacent private development.  Maybe not.

Downham was conceived when the nation’s ambition to house its people was at its height at the end of the First World War – ‘homes for heroes’ who might otherwise, it was feared, turn a little ‘bolshie’.

A 1920 survey had found half a million Londoners living in insanitary or otherwise unsatisfactory accommodation.  The LCC responded with a five-year plan to rehouse 145,000 people in 29,000 dwellings on out-of-town, cottage estates.

Under construction, 1926 © Lewisham Local History and Archives, made available under the Creative Commons licence

In the same year the LCC purchased 572 acres of land along its south-eastern border, mostly in Lewisham but including 61 acres in Bromley, then in Kent.  Construction began in 1924.  The original estate was complete by the summer of 1930.  King George V no less ceremonially opened one of the first houses to be let in 1927. 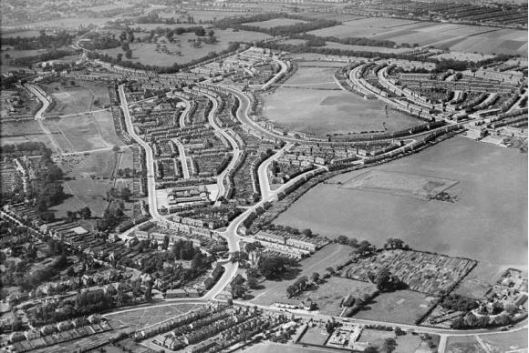 Whilst not everyone could cope with what was then a semi-rural locale, many on Downham loved their ‘place in the country’ (1):

It was paradise, we could just look out of my bedroom onto the fields.  You could see the flowers growing and there were cows and horses.

We moved to a house opposite a farm…Compared to the closeness of the East End it was country, you know, the spaciousness of Downham, it was absolutely beautiful.

And, though Downham wasn’t a showpiece like the Wythenshawe estate in Manchester, some attempts were made to conform to garden-city ideals.  Houses were generally sited in tree-lined cul-de-sacs or placed around ‘greens’ and open spaces.  Roads varied in width and length, some were curved. Living rooms were situated to make the most of the available sunlight.

All the new houses had gardens too  Whilst these are now tainted with suburbanism, seeming somehow insufficiently proletarian to some sociologists of the working class, then they were cherished for the colour and greenery they brought to lives previously lived in urban monochrome:

All the gardens on the estate were nicely tended and some were excellent…The well-tended gardens were all part of the scene and in the summer were an absolute blaze of colour.  No one moaned about the grass cutting…It was all part of the joy of having your own patch.

© Malc McDonald and licensed for reuse under the Creative Commons Licence

The new estate comprised 6071 dwellings – some 400 flats but the large majority two-storey brick houses of solid but not expansive quality. To one later critic, ‘strung together in rows, little street leading into little street, dun-coloured, mouse-like, humble, the estate is the most colourless collection of box dwellings that one could find’.(2)   But that seems a little harsh.

Perhaps the estate does look a little dull.  It certainly wasn’t luxury housing in utopian surrounds.  It lacks the Arts and Craft touches of the real garden cities or the ‘cottagey’ feel of even some other council developments   But it was accommodation of a far higher standard than previously enjoyed by the vast majority of its residents and they usually took pride in it:

…each kitchen was complete with an airy larder, a coal-fired copper for the washing, and a large white earthenware sink with a cold water tap.  All the kitchens were furnished with a black cast iron gas stove with brass taps, in fact there was quite a lot of brass around.  The door handles, pump joints and taps were all kept gleaming with ‘Bluebell’ at least once a week.

For tenants less enamoured of ‘Bluebell’, the LCC was keen to encourage – not to say, enforce – respectability:

When we first moved to Downham we had inspectors every so often to see if you were keeping the place clean. The word would go round, the inspectors are coming!…When you moved you had loads of rules to keep. The windows had to be washed every fortnight and the front step cleaned once a week…If you didn’t abide by the rules in the rent book, you’d get a real severe letter from the council.  They didn’t give you many warnings and they’d take action against you.

Such measures didn’t convince all of the respectability of these working-class incomers.  In 1926, a seven-foot high wall capped with broken glass was built across the street to the adjacent private estate, intended to prevent Downham’s residents using the street as a short-cut to Bromley town centre.   The wall remained till 1950.(3)

In fact, there was nothing too frightening about Downham’s new population. They generally belonged to the better-off working class – those who could afford rents reaching 21s 5d (£1.07) for the largest five-roomed houses.  Still, it was this same stratum which gave the most solid support to the emergent Labour Party so perhaps there was some underlying sense to the fears of their middle-class neighbours.

used to go to a community centre on the estate at Valeswood Road where she belonged to the Cooperative Women’s Guild, the Tenants League, the Gramophone Society and the Women’s Labour Party…No self-respecting inhabitant of Downham would support anything but the Labour Party then.

The reality was that this was an aspirational class – you could almost call them ‘strivers’ – but self-improvement was understood as a collective enterprise achieved through collective means.  A council house reflected both their aspiration and their belief in the role and duty of the state to support that aspiration. 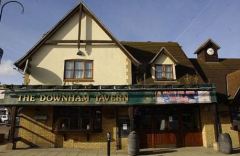 A library and a swimming pool, both opened in 1937, reflect this quest for self-improvement as does the fact perhaps that the entire estate boasted just one pub – built by the LCC and opened for business in 1930 – to serve its population of 29,000.  It was, however, the world’s largest pub – the Downham Tavern boasted a dance hall, beer garden, two saloon bars, a public lounge and ‘lunchroom’.

Later years did not maintain this momentum.  Downham came to feel dowdy and unloved; its amenities declined and seemed – in the context of contemporary expectations – inadequate. 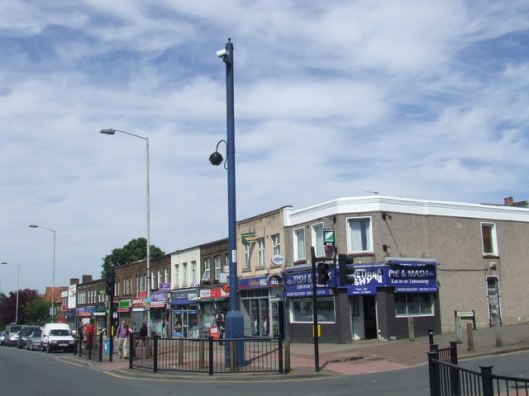 In 2000, as part of a regeneration drive that did much to revive council estates across the country, Downham received a £10m grant to ‘restore focus and pride to the entire Downham area’ in a project named ‘Downham Lifestyles’.  If the names seem a little voguish, the ‘lifestyle centre’ which opened in 2006 – comprising swimming pool, fitness studio, gym, library, community room, music and drama studio, crèche and two GP surgeries – seems entirely commendable. 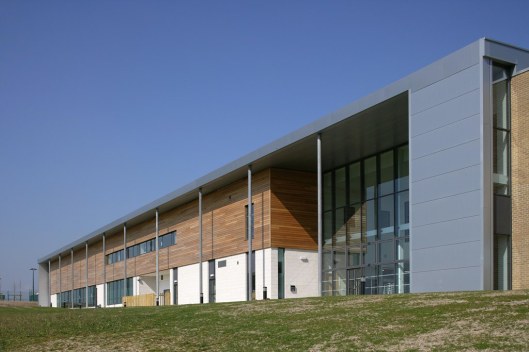 This was a Private Finance Initiative, the leisure centre is run by a private company and the estate itself has been managed since 2007 by Phoenix Community Housing, a not-for-profit, resident-led Housing Association.

We are not living in an age of municipal dreams but the dreams Downham has fulfilled should not be forgotten – even if it wasn’t paradise.

(1) Quoted in Age Exchange, Just Like the Country: Memories of London families who settled in the new cottage estates, 1919-1939 (1991).  The residents’ quotes which follow are also taken from this source.

(3) Michael Nelson, ‘Gated Communities: Class Walls‘, History Today, vol 61, issue 11, 2011.  The image is taken from this source.  Other sources refer to the wall coming down during the war to allow access to emergency services.

Alistair Black’s article, referenced above, provides a comprehensive history of the estate. Additional photographs may be found on the Ideal Homes website.

My thanks to the Lewisham Local History and Archives Centre for sharing Downham images online and to diamond geezer for making images available from his flikr photostream.

25 thoughts on “The Downham Estate, Lewisham: ‘the joy of having your own patch’”